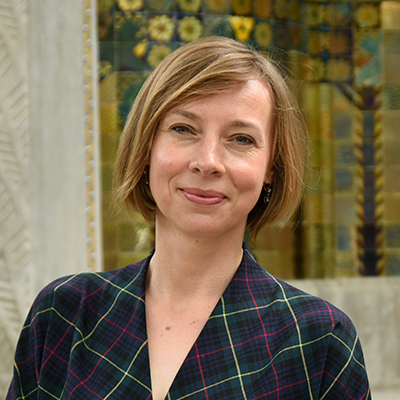 Zsuzsanna Szegedy-Maszák is currently the Head of the Budapest Gallery, Budapest History Museum. In 2019, she was the curator of the Hungarian Pavilion at the 58th Venice Biennale. Her areas of interest range from mid-19th-century photography to contemporary art.

In some cases, the obsolescence of software that was once in use makes it harder to present some of the works by new media artist Tamás Waliczky in their original, interactive form in an exhibition setting. Options such as maintenance (fixing or replacing hardware or software) to create a legacy environment or reconstruction with new technology present themselves, of course, but an artist who has been engaged primarily with creating born-digital artworks has, out of necessity, a heightened awareness of the obsolescence of technology. Waliczky’s project Imaginary Cameras, which was presented at the 58th Venice Biennale, was in several ways a manifestation of new digital materialism: the works themselves were lightboxes hung on the walls of the Hungarian Pavilion, and the imaginary objects which they depict (cameras, projectors, viewing machines with analogue mechanisms) are themselves devices which, were they to exist, would create or capture images which have a material existence. At the same time, the world of objects created by Walicky exists only in the immaterial world of binary codes.