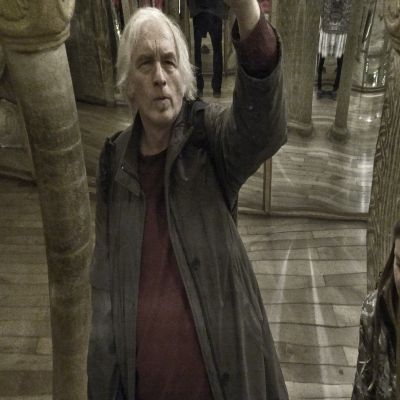 Miloš Vojtěchovský (born 1955 in Prague) is a curator and educator, living and working in Prague. In 1980 he graduated in Aesthetics and History of Art at Charles University and since mid-1970s he was engaged with experimental music, literature and visual arts here and there. Educational and professional activities: collaboration with the Tjebbe van Tijen’s Imaginary Museum Projects in Amsterdam (a mediaarcheology project Orbis Pictus Revisited, ZKM 1992 -1997), teaching history and theory of media art at the Department of Art Theory and History at the Faculty of Fine Arts of the Brno University of Technology and the Center for Audiovisual Studies at FAMU. Initiator of several community projects as The Center for Metamedia Plasy (1992 -1999), collaborative streaming platforms as Radio Jelení, Radio Lemurie.CZ, sonicity.CZ, research network projects as Frontiers of Solitude, etc. Since 2019 is he member of the Civic Association Vasulka Kitchen Brno.

The Vasulka’s Dreams about the Second Life

One of the most important shifts in the recent development of digital world has been the move from the Web to semi-closed platforms, that use the net merely for transport, but not the browser for public display. It’s easier for corporations to earn money on such platforms, and this financial factor amplify the trend of fragmentation, desocializing, and privatization of the Net. Both producers and users by their behavior and interests confirms that utopia of open access Web is probably not the goal of the digital revolution. The Web is just one of many applications which uses the IP and TCP protocols to move packets around that exist on the Internet. Today the content we can see in the browser — largely HTML data delivered via the HTTP protocol on port 80 — accounts for less than a quarter of the traffic on the Internet … and it’s still shrinking. Still operating The Wayback Machine of the Archive.org in 2012 provided public access to 10 petabytes of web content, last year one can search even through 347 billions of web pages, including text, image, audio and video.

Since the dawn of the electronic media society many artists dream about the rise of open and free Electronic Net as communication network. The history of many media archives carries traces of such dreams of electronic, or digital sustainability or even eternity. In 1980 Woody and Steina Vasulkas moved from Buffalo to Santa Fe, New Mexico, and started to build a studio-home there. They took with them from the East coast boxes with their huge media archive — a result of their intense artistic and social activities to collect and store since they arrived in 1965 to New York (especially Woody was engaged with obsessive collecting). Some rooms of their adobe building were designated to house their media archive, huge amount of videotapes were stored in their cold basement. Boxes of tapes were stacked several feet high on rows of metal shelves discarded by Los Alamos’s atomic laboratories. After unpacking Vasulkas were astonished by the volume of materials, papers, tapes and machines. As Gene Youngblood noted in his online essay written in 2000 for The Daniel Langlois web archiving project (foundation supported the process of digitizing of Vasulkas tapes and printed materials): “If the Vasulka archive is an accurate indicator, the overall audience for the videotapes of that pioneering generation will be surpassed only by the Internet”. But is this really so?

The presentation is mapping in bits and pieces several phases of the history of The Vasulka Media Archive during the last 30 years. With the case study of Vasulka’s concept to digitize and transform their entire body of very physical artworks to code stored at the distant server of the Second Life to be shared with all mankind.