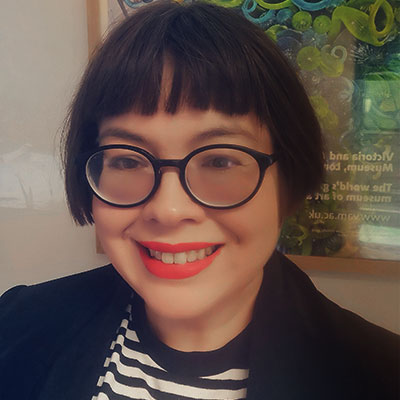 Marion Crick is Head of Collections Management for the Victoria and Albert Museum. In this role she leads development of policies, standards and processes for managing the V&A’s collections. Since 2017, she has been leading Content/Data/Object, a Mellon Foundation funded research project within the V&A Research Institute which particularly addresses the collections management challenges of complex digital objects.

Can We Collect This?  Creating a governance environment that supports digital collections

In 1968, MOMA made the first museum acquisition of a digitally produced artwork. A year later, the V&A became the first UK museum to collect digitally produced art. Over the last half century, the V&A’s digital collecting practice has evolved in line with the evolution of digital and experience based production and now collections digital objects in a wider range of forms than any other cultural organisation in the UK and has embedded a range of digital collecting practices across its collecting departments.

The V&A is defined in UK Law as a “National Museum”. With the other organisations with similar status, it holds permanent collections on behalf of the UK public.

The definition of a collection as permanent is one which is challenging for a national museum which is building a digital collection, in an environment where the digital is increasingly experiential and ephemeral.

In 2019, the V&A republished its Collections Development and Collections Management Policies, outlines the direction for the next 5 years and explicitly addressing digital collecting for the first time. This paper outlines the policy changes and organisational strategies which are being put into place to accommodate the management of ephemeral digital collections, and the challenges which are still to be met.